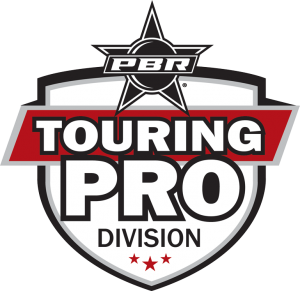 The Santa Barbara Fiesta Rodeo again presents the Professional Bull Riders Touring Pro Division (PBR) on the Thursday of Fiesta. The Earl Warren Showgrounds Arena is the setting of the only pro bull riding event in Santa Barbara County. This is a once in a lifetime opportunity for rodeo fans of all ages to witness the greatest riders in the world – and where every seat is up close and personal!

Fans will witness thrilling 8-second rides and jaw-dropping wrecks throughout the adrenaline-soaked performance as the PBR’s insanely brave cowboys risk it all against monstrous animal athletes that can weigh as much as 2,000 pounds.

The Touring Pro Division gives riders the opportunity to compete in PBR-sanctioned events while earning money to qualify for the nationally-televsied Built Ford Tough Series, which is comprised of the Top 35 bull riders in the world. Every five events on the BFTS, the Top 5 riders (based on money earned) from the TPD are allowed to move into the BFTS.

The BFTS makes approximately 30 stops annually across the country. The season opens each year at world-famous Madison Square Garden, and concludes in Las Vegas with the PBR Built Ford Tough World Finals. The World Finals are the richest bull riding event with a total purse of more than $2 million, including a $1 million bonus to the PBR World Champion, who also receives the coveted World Champion buckle.

The PBR is the world’s premier bull riding organization. This year marks the 20th anniversary of the founding of the PBR. In just two decades, the dream of 20 bull riders has become a global sports phenomenon that is televised worldwide. More than 100 million viewers annually watch primetime PBR programming on networks around the world including CBS, CBS Sports Network, NBC, and NBC Sports Network.

The PBR has awarded over $100 million in prize money and 25 riders have earned over $1 million, including Justin McBride with $5.5 million – the most of any Western-sports athlete in history. Nearly 2 million fans attend Built Ford Tough Series and Touring Pro Division events each year.

Please help us and donate to the Santa Barbara Fiesta Rodeo and Stock Horse Show.